From the Glasgow Herald, Glasgow, Scotland, is taken the following which will be of interest to the many friends in Canada of R. & W. Davidson, Ltd: "Lieutenant Henry Steel Davidson, 3rd Highland Light Infantry, was killed in action in France on Tuesday. Lieutenant Davidson, who was 19 years of age, was attached to the 1st Battalion. He was the youngest son of Mr. William Davidson (of Messrs. R. & W. Davidson, Limited), 18 Lilybank Gardens, and lately of Windyhill, Kilmacolm. After attending Glasgow Academy and Fettes College, Edinburgh, he entered Glasgow University, and joined the Officers' Training Corps there. He was with his regiment in France since the middle of March."

His family instituted a Davidson Medal prize at Glasgow University for Distinction in Military Science. Windyhill, in Kilmacolm was commissioned by William Davidson from Mackintosh. Davidson was a lifelong patron of Charles Rennie Mackintosh. More info on the family HERE 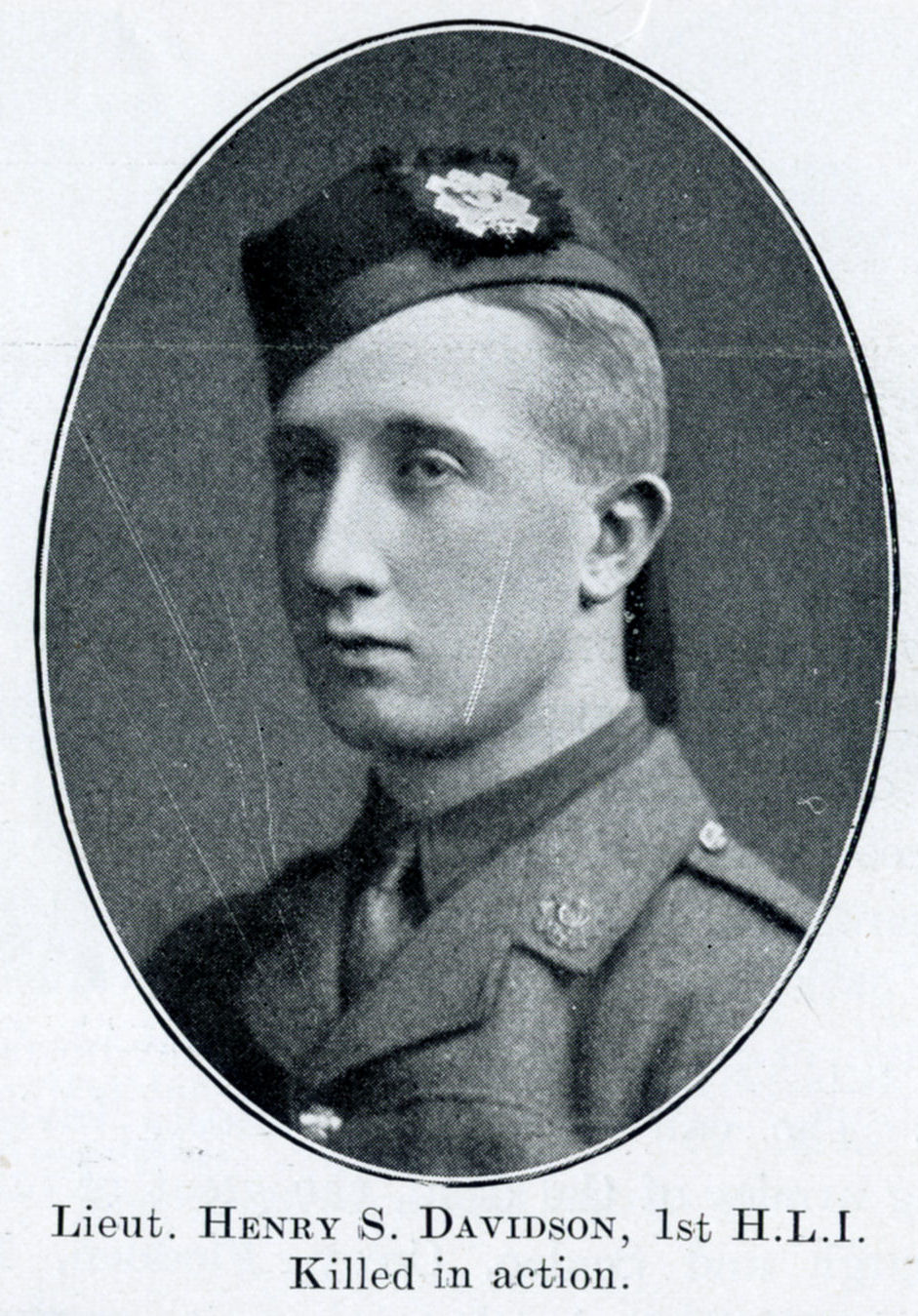