His Baptism of Fire

Rifleman John Lang of the 8th Battalion, King’s Royal Rifle Corps, has just sent an interesting letter to his father – Mr William Lang, of 53 Kempock Street, Gourock, in which he states: 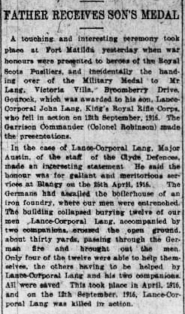 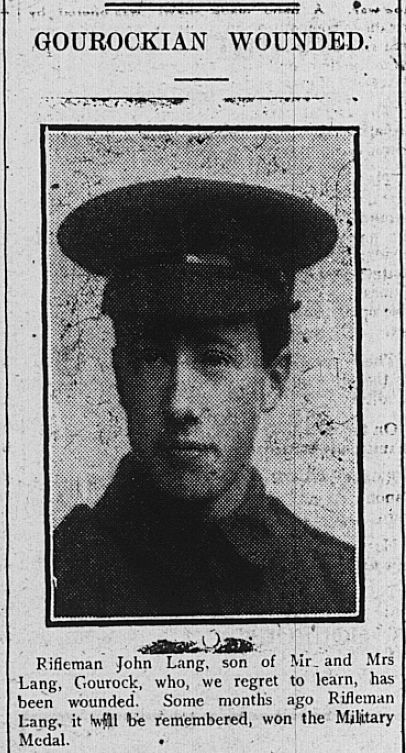